Time to Community Up?

Realizing it's easy for me to "get ahead" of G-d on a plan, I've been purposefully taking this move forward with caution.  Taking 2012 into consideration, perhaps the word is trepidation, but I think I've gotten to the place of just longing to do this in His perfect timing.  Obviously, I don't actually run faster than G-d, but I can certainly miss His timing by rushing ahead.  I truly almost considered not moving forward with the plan for community, but I realized immediately that counsel was offered by the most ungodly person I know, so I sat back, regrouped, and sought Abba.  In regrouping, I should say, laid down my apprehensions and simply stated, this place is Yours and I am Yours, Thy will be done!

I've come to realize many of my weaknesses, there are probably more, I've overlooked, but I do think I see myself, for the most part, as I am.  I'm not perfect.  That means I don't do anything perfectly, so ideas and suggestions are always welcome!  I realize in this call, I'm sort of a bushwacker, jack of all trades, and master of none.  I am quite the idea girl, and can implement many things, and maintain many projects, but I also know there are people with greater talents in specific areas.  I feel like I have a number of talents, but on a scale of 1 to 10, most of them are probably about a 7, maybe a couple of 8s, as well as a 5 or two.  Anything below a 5, I wouldn't call a talent, but rather an endurance . . .  Oh, I would say, my talent with goats could be a 9.5+

Now, back to the realization that this really will be offered as a community site, and probably fairly soon.  I don't know how YHWH will lead people here, and I have no idea what the living accommodations will be.  What I do know is this.  I'm to be ready to share and ready to relinquish to the experts that which I've just been maintaining.  I also know all ideas and suggestions for change and improvement, must align with Scripture.

A friend of mine said he has even drawn up an outline for the way a community could operate.  I'm thinking it's about time to ask for his input.  The one thing I do know, is the people who will be coming, will say what YHWH has told me they will say, and that's all I know for certain.  I guess I know just enough about Abba's plan for this place, to not get ahead of His timing!

To every thing there is a season, and a time to every purpose under the heaven:  Ecclesiastes 3:1
Posted by K D Elizabeth at 6:29 PM No comments: Links to this post

I realize most associate the term "raindance" with some sort of practice of false religion of Native Americans.  Around here, that is not the case.  With so many terms being redefined, why not "raindance."  I simply cannot share a more wonderful experience on earth, than adding a special step or two while doing chores in the rain.  I'm not talking a torrential downpour, but chores still have to be done when it is coming down in buckets.  The rain for dancing to which I refer, is the gentle rains that occur usually a couple of times a week, through the spring, in the Ozarks. 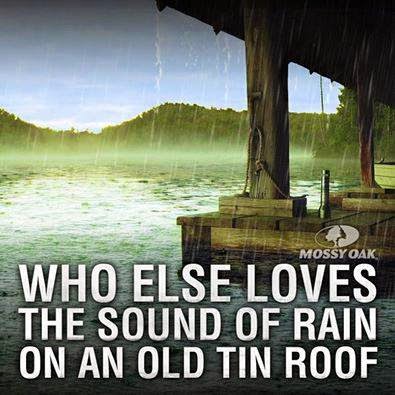 The weather is usually warm enough through April and May that a coat is unnecessary.  If it is a bit cool I do have a lightweight waterproof jacket that easily affords me to keep my clothes dry while I enjoy "raindancing."  Even without a jacket, doing chores in the rain amounts to no more inconvenience than changing into dry clothes when I'm finished.  There is just something so special about being free to dance in the rain.  Even when it rains in town, I don't run for cover.  Rain is a blessing.  Scripture states that over and over, when we obey the commandments of YHWH, rain falls in it's season.

Our society has literally taught us to fear rainy weather or complain about it.  Although there are a couple of added precautions I take for the younger animals, spring rains are not an inconvenience, but rather are quite necessary for fall harvests.  Storms don't accompany most rains around here, but there have been a couple. I'm just suggesting here that we take the time to thank our Heavenly Father for the rain in its season.  I wonder if the bigger storms aren't wake-up calls for our negligence of thanksgiving or our failure to acknowledge and obey His Instruction.

As for the normal spring rains, I am blessed to be able to dance in the rain, and I"m blessed that the herd does their "raindance" about 24 hours in advance, so I can be ready.  I think of David dancing unto YHWH as the ark came into Jerusalem.  To dance in the rain, before my Creator, is truly a blessing and a wonderful way to lift praise and worship Him.

And it shall come to pass, if ye shall hearken diligently unto My commandments which I command you this day, to love YHWH your G-d, and to serve Him with all your heart and with all your soul,  That I will give you the rain of your land in His due season, the first rain and the latter rain, that thou mayest gather in thy corn, and thy wine, and thine oil.  And I will send grass in thy fields for thy cattle, that thou mayest eat and be full.  Torah of Holy Scripture

Posted by K D Elizabeth at 4:06 PM No comments: Links to this post

As a person of tribal heritage, I grew up learning about signs in nature to determine direction, weather, edible vs. toxic, etc.  I enjoy some modern comfort and convenience, but I'm a pretty good scout in the great outdoors, as well.  Obviously YHWH was preparing me for this lifestyle, from childhood.  I know I've made mention of the homestead beginnings when He told me in regard to weather, watch the animals.

With a nearly all new herd, I wasn't sure what to expect.  The first time there was a bit of a raucous, I asked our very own weather man, Gerry, if storms were coming or the girls were just being ornery.  He said, "Ornery, no storms til later in the week."  It was then, that I realized, with all the new herd building, that raucous had to do with establishing their herd hierarchy.  The girls were letting their herd status be known to each other, and the milk parlor door was the "finish line."  The problem appeared to be, once they were in, they were momentarily afraid they might lose their status on the other side of the door, in their brief "confinement."

I've really enjoyed getting acquainted with these new girls, and I'm glad we had a couple more days before I actually witnessed their behavior in forecasting rain.  Tuesday evening, milking time was down right entertaining.  When the rain and storms came through in April, I was only dealing with two goats, while the third was still in her getting acquainted pen.  This last Tuesday, there were five at evening milking.   In all honesty, I don't know Della well enough to know if she has weather symptoms or not, but the others definitely do.

Eloise is first in the evening, so ordinarily she begins bellering right in front of the milking parlor door, about ten minutes before milking time.  She's a Nubian, so her whiny bellering is relentless.  But not Tuesday.  By the time I had the bucket and headed out, it was quiet and she was nowhere to be seen.  Gentle, passive Gert became a steamrolling wildebeest.  Jackie was hilarious.  She jumped up on the stanchion backward, then did quite the balancing act trying to get turned around.  Eloise finally showed back up and was completely disgusted that we'd started without her.  I had to tether her to the feed box to get her to stand still.  As for Anastasia, I recommend no names of royalty for a goat who already thinks she's "all that and a bag of chips!"

Upon completing the circus of chores Tuesday evening, there was a message from Gerry, "Rain within 48 hours."  It rained all day, Thursday . . .  These girls are amazing!


Posted by K D Elizabeth at 5:10 PM No comments: Links to this post

My ancestors did not believe land was to be owned by humanity, it was to be used to produce food and shelter, but the land itself belonged to our Creator.  I can't help but believe that the current view of land ownership is part of the problem in America today.  Land is now treated as an acquisition.  I've seen and heard some accounts of acquisition that were accomplished in very underhanded ways, only for the land to just be "owned" but remain unused.

The people of YHWH don't live by the standards of the world, however; so as in the tradition of my Native ancestors as well as in Torah observance, this land is dedicated to the purpose of YHWH.  When one becomes a believer life changes, but it's becoming clear that the American way of life is changing, as well.  I see many preparing for big changes, including a more nomadic lifestyle.  Many believe they will be either nomadic or bound to urban settlements or camps.

It is easy to follow the recent history of unsecured credit, unrealistic mortgages, real estate bubble, collapse, homelessness, and relocation of people.  Every time I drive past a home in foreclosure, I ask aloud, "Where are the people?"  Many, I'm sure have moved in with family or become renters, and rental property is usually closer to downtowns, clearly a more dense population.  Those who find themselves homeless are also often in the downtowns, as that is frequently where assistance can be obtained.  Some cities are now actually setting up "shelters/camps" for the homeless with the alternative being jail.  As more cities and states fall short of funds, and more people fall into poverty, the potential for forced "shelters/camps" is becoming clearly obvious.

I chose to get out of debt nearly two decades ago, but it took me about four to five years to actually accomplish that.  My lifestyle changed dramatically, but I was being prepared to be able to live in a different way.  As times do become more difficult, this land will be a place to be shared.  In this country, someone's name has to be on the deed to pay the taxes, but the land belongs to YHWH.  Whether it's a genuine heart for ministry, or seeking to learn an agrarian lifestyle and Biblical health, this land is dedicated to the use ordained by our Creator, and to be shared with His people.

The people of YHWH are merely sojourners on this sod, and what we have, we share with our fellow believers.

The land shall not be sold for ever: for the land is mine; for ye are strangers and sojourners with Me.  Torah of Holy Scripture

Posted by K D Elizabeth at 4:20 PM No comments: Links to this post