In moving forward, the realization has come, with doors opening, others are closing.  In all my excitement of preparing and projects of advancement, I have overlooked a bit of "clean up" that is needed.  I simply cannot drag any of my past mistakes and misgivings into the future plans.  So, in this time of preparation, there has also been a cleansing . . . That may seem like it should be a given, and no need of mention, but when it's spiritual and emotional cleaning that is needed, it's not always so obvious.  I had a few "cobwebs" that were seriously overshadowing and impeding the view, but like literal cobwebs, they gather so slowly, they aren't noticed until you run into them, or someone visits . . . Then there was the baggage . . . 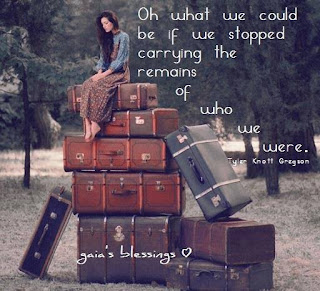 I also have another trait that I'm not so proud of, when it comes to new projects and expansion.  The general maintenance isn't as thorough and often amounts to little more than hitting the high spots, which makes it all the easier for the "cobwebs" to gather dust, unnoticed.  Fortunately, with a daughter who likes to expose all my past regrets and closet skeletons, a surprise skeleton falling out is likely not an issue.  What has required my attention is my own acceptance of some areas of my less than embraceable reality.  It was almost as if the glare of reality was softened by the cobwebs.  But no more, it's time for complete acceptance and letting go, to move forward, and I'm truly excited about it!

In less than a month, I'll observe a milestone in my earthly adventure.  Two actually, back to back, and I have prayed and feel very inspired to spend my energy and emotions quite wisely in the days ahead.  The cobwebs are being cleared, my mental and spiritual "house" is getting a long overdue sprucing, but more importantly, a fence is now up.  Actually it's a hedge, a hedge of protection.    There is a gate, but the fence will not be moved, unless ordered from On High.  There will be order here in the Land of Goshen and some things are simply non-negotiable.  YaH willing, I am planning a good year . . . I believe a great deal of the way "it goes" will depend upon my attitude.  I have no control over a number of things that occur and certainly no control over the behavior of others, but I do have control over my reaction.  Even more basic than that, though, I expect this next year to be more a time of taking action and less reaction.

Big plans are being shown to me and unfolding around here.  I am open to suggestions, but will not be inviting compromise or chaos.  I am not a perfect hostess, nor am I a lonely extrovert, so if someone doesn't like the accommodations and arrangements, I understand.  That is completely acceptable to me.  I do my best to be gracious, but the bottom line is, I want to please YHWH and the opinion of humanity comes after that.  The problem of the divided house has been pretty much resolved in an unusual way, and I intend to maintain my effort without further dispute.

Some of the baggage was a bit tougher to toss, but it's exciting to begin this expansion, clean.  Four years ago, I heard "enlarge the tent" and began the process of adding two additions.  The additions weren't for the reason I was hoping at the time, but that's all right.  I didn't have too many cobwebs of memories to clean up on that one, so it didn't take long.  The field is now prepared, the house is complete, now it's time to gather those who are called to work together to share and help those who are seeking.
I press toward the mark for the prize of the high calling of YHWH in Messiah Y'hshuwah.  Philippians 3:14 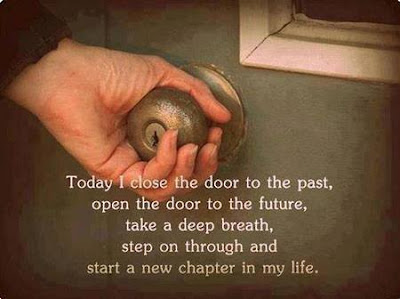 Posted by K D Elizabeth at 2:25 PM No comments: