When I first answered this call to establish a small sustainable place in the country, I had never heard of the term, "hobby farm" nor had I realized the term "homesteading" would be reintroduced in the 21st century.  Well, here I am, 12 years completed in the realization that I've been redeemed back to the garden.  Although I bought the "learning" homestead in late spring of 2005, it would be nearly 6 months of tying up loose ends before actually enjoying the new place and beginning lifestyle.  After writing the earnest check through the Week of Unleavened Bread, the final trip of the move took place the day after Rosh HaShanah, nearly six months later.

Not to discourage anyone, but let me say, for the record, this homesteading lifestyle has been no "cake walk."  It has been truly rewarding, but at times, very difficult and disappointing . . . still is, but it's worth it!  Life was no bed of roses in the city, either.  I truly admire the younger couples who are equally yoked, on the same page, making the decision to raise their family outside of mainstream.  Although I never really fit into mainstream, and lived outside of mainstream in town for a time, my family was grown by the time I came into Covenant, and well established in their own lives when I became established this homestead lifestyle.  So, none of my progeny seems interested in this lifestyle, at all!  Two of my granddaughters were, for a time, but . . . that's a subject for another blog.  Back to the reality of what I have established and the discernment for maintaining the true purpose of this place.

I'm fairly active in social media and I've noticed a trending reality.  There are a number of people who will "preach and teach" all day long about faith, obedience, and being set apart; but are dramatically dependent upon "the system," especially in the areas of income and health.  They have all day long to preach and teach, because they don't work and collect a check through the system.  Then there are the city dwellers who consistently make comments about their lack of funding for rural living, but admonish the lack of faith of we homesteaders, referring to us as preppers who are trusting our own abilities . . . while they have the faith to believe manna will fall.  I have some thoughts on both of these perspectives, as well as my own perspective.

As for those who are already dependent on the system, and I've heard several reasons as to why.  Believe me, I am not doubting the fact folks are ill and feel horrible.  I was a bit surprised, myself, when Father led me, without healing the MS, to homestead.  I've been running a homestead, using a walking stick for several years now, and yesterday I discovered, I can take grain to the cattle, and even trim goat hooves, having traded my walking stick for a walker . . . I truly hope and pray it's temporary, but it was doable!  What isn't doable, is me taking care of folks with health issues that are comfortable in their disease and dis-health, while teaching all about YHUH.  It just doesn't set well, with me.  I realize we are to be content in all things, but I don't believe that means content in taking without giving!  And as for those who collect a government check with the mindset and mantra, "I paid into it" . . . while also hoping to relocate to a working Torah community when "the excrement hits the oscillating device."  As a general rule . . . only the homesteader has "has paid into it."

For even when we were with you, this we commanded you, that if any would not work, neither should he eat.  II Thessalonians 3:10

So many truly believe they are still "independent" when the reality is, the US government provides food for nearly 50,000,000 Americans.  President Trump has introduced an idea about sending boxed commodities to replace some of the food stamps being distributed in SNAP.  I can't speak for most, but some of the recipients were not at all happy with this idea. 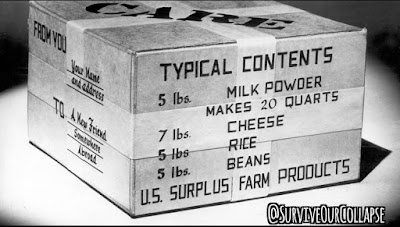 The reality is "already on the table."  The food supply is controlled by the government for everyone on SNAP.  Take it one step further and we have to face reality again.  The government controls trucking and transport, which is a major factor in the food supply.  Even for cash customers, if the trucks don't deliver the groceries, there's no food to buy!  I'll admit, I still buy some things at the grocery store, like coffee, dog food, and toilet tissue.   If it comes to leaves to replace toilet tissue, I do recognize and avoid poison ivy and oak.   I've already done some experimenting with indigenous herbs in the event coffee becomes unattainable.  I can make sure my dogs have food . . . through home butchering.  I've also casually mentioned for those who ask about looters in the chaos, "my dogs will not be friendly and may be hungry."

As previously mentioned in earlier posts, Torah addresses blessings and curses for both city and country, based completely on obedience to the rest of Torah, so therein lies our security.  To be blessed of Father, we need to be obedient.  Will He use His people to bless others?  Of course, but that does not mean He will simply transfer provision from the system to His servants in the kingdom without some work and/or faith on the part of the individuals.  For those expecting manna, you might want to remember, the children of Israel had to gather the manna, themselves.  Moses and Aaron did not gather manna for everyone.  If you are unable or unwilling to harvest from a garden, then chances are, gathering manna would be outside of your field of endeavor, as well!

For those who truly believe what we claim to believe, as far as our Creator being our Provider, Healer, etc. it's time we start living what we're teaching and preaching.  I believe, throughout Scripture, it's always been the case, but it truly is time our walk matched our talk!

When the time of tribulation is upon us and folks want to work together, it will take our G-d given talents, hard work, and endurance. Everyone will have to bring more to the table than a fork! 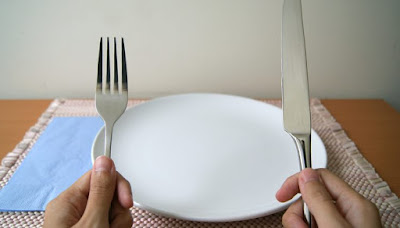